Ibogaine, also known as Tabernanthe Iboga is a life-transforming plant medicine that has and is being been used by many different cultures. The plant itself has green leaves and pepper shaped fruits growing on it. Its active component is the Ibogaine alkaloid which is found in the bark and in the roots. Ibogaine has literally been used for thousands of years as a spiritual rite of passage for the evolution of consciousness and transition to recognized adulthood. 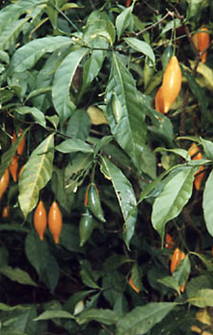 Its origins and legend are that said it was first discovered by the wife of a shaman. She went out searching for food and caught a porcupine that had been gnawing on the Iboga tree.  After cooking the porcupine and eating it she began to have a connection with the Iboga spirit. The shaman soon realized that this plant was worth investigating and went out to find its source where they had trapped the porcupine, from this the Iboga Bwiti tradition was borne.

Fortuitously in 1962 a man named Howard Lotsoff also inadvertently discovered the plant. He and a group of friends after taking and experiencing it, found that they had been cured of their heroin addiction and had no withdrawal symptoms. Mr. Lotsoff is responsible for raising awareness of the Iboga plant in western culture to the benefit and gratitude of many.

Imagine there was a plant to treat your drug addiction and alleviate post-treatment cravings. This plant is Ibogaine or Tabernacle Iboga. It has actually been proven to reduce withdrawal symptoms by 90%. It is the ideal choice for the breaking of habituation patterns, drug dependence, and addictions. The healing plant Ibogaine has been used by countless people across the world to evolve their consciousness and free their bodies of physical and emotional issues. It is widely known that the gains you receive from doing ibogaine are utterly amazing.

Many scientifically proven studies have shown it to be an effective addiction interrupter for most substances. Some examples include heroin, cocaine, alcohol, nicotine, and methamphetamine.  When you have addictions or unnatural bacteria’s in your body, they change your own natural frequency to one that is harmful to your consciousness and to your body as a whole.  Ibogaine has been likened to a tuning fork in that it literally re-tunes every cell; atom and molecule in your body to its correct resonance.

Ibogaine focuses primarily on going you going deep within to gain insights and profound revelations. As inside you is a soul that has access to infinite knowledge and a very powerful version of the truth. It is clear that by using Ibogaine all answers can be found inside yourself. It is like the best version of yourself is talking to you, a stern inner voice, the voice a reason that won’t let anything slide and shows you exactly what is up and what is going on in relation to your issues and or addiction.

As you are deep inside yourself and the best version of yourself is talking to you there are no translation issues therefore the profound messages and insights you receive are easy to understand.

This is in sharp contrast to Ayahuasca where answers and revelations are found on different dimensions often from other spiritual teachers, their messages can be cryptic in sacred geometry code form and harder to understand. You can be sure with Ibogaine, the messages are very lucid, clear and you are able to decode and understand them with ease. 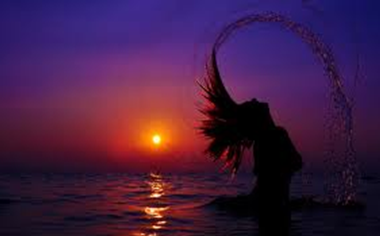 Ibogaine tends to your inner garden removing anything that no longer serves you. Imagine metaphorically the emotional problem or addiction you have is like a ‘weed’ in an otherwise beautiful garden. Ibogaine enables you to go straight to the ‘root’ or cause of the problem  ‘weed’ and literally pulls it out by its ‘roots’ so there is nothing left.  Know that without a cause there can be no effect.

When you have an Ibogaine treatment, it’s after-effects give you the power to take back control of your life and sets you on the path to become the ideal version of yourself. Visit our Ibogaine Website for more information.

Ibogaine or ibogaine hydrochloride is the isolated alkaloid from a plant called the Tabernankle iboga. It is able to break addictions and depressive thought patterns, in which many scientific studies from leading research facilities have proven to be true. It is literally an effective addiction interrupter for many substances including heroin, methadone, alcohol, cocaine, and nicotine and is even used to treat sexually addictive behavior. The way it functions is similar to other addiction treatments in that it blocks toxins that normally take residence in receptor sites. We assure you that there is no other plant or substance that has unique and remarkable results as Ibogaine.

Please see it’s molecular composition in the picture below.

Just having one treatment is enough to cleanse your body and refresh receptor sites.  By doing this is it able to literally rewire neuron- pathways in your brain. After taking Ibogaine the body breaks down its components in the liver. This organ of the body then turns it into the metabolite Nor-Ibogaine,  this is then stored up in the fat cells of the body and released into the bloodstream. This unique molecule and its chemical components actively rewire brain chemistry thus bringing the mind and body back into balance.

When you have an Ibogaine treatment it has been observed that the chemicals in the brain, adrenaline, dopamine, serotonin, and endorphins are leveled out.  In addition to this, there is a 90% reduction in physical withdrawal symptoms. Furthermore, post-treatment cravings are almost nonexistent. In comparison to other detoxification methods, Ibogaine is a vastly more tolerable approach. By not having any withdrawal symptoms you are better able to analyze the cause of the effect. The cause is often psychological, originating from specific persons or traumatic events and the effect is usually the addiction.  By removing the cause you remove the effect.

Do you want to continue a life fueled by addictions and or emotional pain? Or do you want a life where you are liberated and free to live the life you really deserve?

We provide aftercare follow up as a necessary part of the treatment as a whole. In the case of alcohol and caffeine addiction, it takes two days for the mind and body to refresh itself.  The active components in Ibogaine are non-recreational and in no way addictive.

‘In the early 1990s, Lotsof teamed with Dr. Deborah Mash, a neurologist, and pharmacologist at the University of Miami, to study the effect of ibogaine on people. “It really works,” Mash was granted FDA approval to administer ibogaine in 1993.’ .Mash says now. “If it didn’t work, I would have told the world it doesn’t work. I would have debunked it, and I would have been the most outspoken leader of the pack. That’s my scientific and professional credibility on the line.”
Source: http://www.villagevoice.com/2010-11-17/news/ibogaine-hallucingen-heroin/full/

The first phase of the ibogaine treatment is called the ‘Awakened dream state’.

In this phase of the treatment, the Ibogaine takes you to the root causes of your problems. These root causes are often traumatic repressed memories or events.  These causes led to the effect, your issues, addictions and current condition. By removing the cause you destroy the effect. These causes are often lurking in the subconscious mind. The medicine is able to bring them up to the conscious mind for integration and observation. This enables you to fully understand and get a hold on where your issues came from and events and memories that you repressed or did not remember before are now fully realized.

Having an Ibogaine treatment has been likened to having ten years of therapy.  All causes of addictions and destructive behavior patterns are now analyzed and fully understood in a matter of hours.  Most of our clients report this to be visual, however even if there are no visions, the plant still resets all receptor sites and balances the psychological and physiological aspects of mind and body. 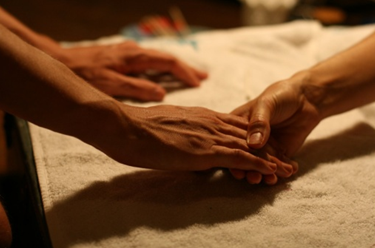 Hence the name of this part of the treatment or journey, this is a period of introspection. During this time all repressed memories, emotions, and events that came up during the first phase are digested by the mind and body. This undertaking lasts for 24 – 36 hours, in which time you will fully process all emotions and realizations.

This phase largely involves the releasing and letting go of these emotions so the transmutation of your self is fully operational. The circulation of energy in the body is extremely heightened and some fine-tuning into the emotions that come up difficult to deal with. However, this is an integral part of the healing process and it is phenomenally important to let everything come out.  Having the courage to keep going inward is the key element here. However, you can be rest assured the Ibogaine seems to know how much each person can handle.  It is important to realize that it is the letting go and allowing of this process that determines just how successful your treatment is. We provide assistance and guidance throughout your journey in a safe, trusting manner.

Cultivating the art of Living

The miraculous healing you experience still remains working in the body for 12-24 after having an Ibogaine treatment. Furthermore, it takes 21 days after having an Ibogaine treatment for the process to be fully completed and integrated. However, this is done using subconscious processes. After this time the mind and body are firmly balanced and you are able to live your life in harmony, self-compassion, and humility.